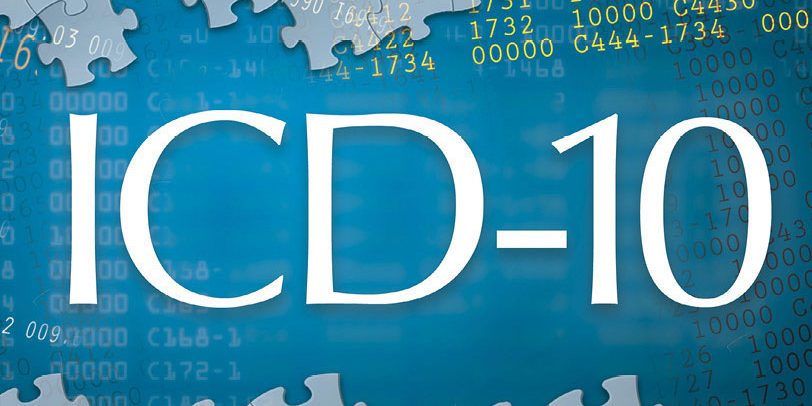 It is hard to believe that it has been over one year since the United States medical system migrated from ICD9 to ICD10 Diagnosis codes.  On October 1st, 2015, the new standard for diagnosis codes, ICD10, was implemented in E.H.R. systems, Medical Billing Systems, Practice Management Systems, Clearing houses and Insurance Companies.    Physician Offices and Hospitals began attaching ICD10 codes to visits for the first time on starting October 1st, 2015.

All medical claims contain a diagnosis code as well as a CPT code. Prior to October 2015, providers in the United States had about 14,000 ICD9 codes to choose from when selecting the diagnosis associated with the visit/procedure.   These 14,000 codes were established in a specific format and structure.  The medical community became familiar with the common ICD9 codes in their specialty as well as the process for selecting the appropriate ICD9 Code to align with a CPT code.

There were multiple delays from the original concept of converting to ICD10 due to the many stakeholders that needed to insure their systems were ready for the change.   Overall, the transition in October 2015 was ‘better than expected’ from ICD9 to ICD10.  While attending the October 2015 Medical Group Management Association (MGMA) national Meeting I participated in a session/discussion with multiple stakeholders (insurance companies, clearing houses, provider groups, MGMA).   All these stakeholders agreed that there is an extra burden now in the system due to more diagnosis codes options and there is no proof that the increase in the number of ICD10 codes leads to better treatments and/or outcomes.  Due to the change to ICD10, Insurance companies now have more codes to develop edits for not paying providers.   Although the payers did not implement new edits in the first 6 months after migrating to ICD10, industry experts anticipate some edits being developed and implemented in the 2nd year.

Starting in October 2016, providers need to insure that their ICD10 codes for Medicare Part B claims are specific.   Many of the experts are monitoring the claims to see if the more specific requirements will cause an increase in denial of claims.  Robert Tennant who is the Director of health information policy for the Medical Group Management Association stated “We’re keeping our ears open to see if that has had any impact on claims”.  It is unknown when payers will leverage this additional data and information to make further policy determinations.

Many leading experts are unable to determine if the significant investments in changing from ICD9 to ICD10 will pay off.  More specific ICD10 codes require extra time for providers to identify the appropriate code.  Many industry experts are unsure how this change to ICD10 will show a return on investment.  For instance, Mark Morsch who is the Vice President of technology for Optum360 (a revenue cycle management arm of UnitedHealth Group) stated htat. “It’s going to be a combination of things like computer-assisted coding and tools to link the coding data to underlying clinical data and process that will provide the return on investment on this. It will be hard to point to ICD-10 as driving the improvement, he said, “but that information is going to be incredibly helpful as you look to leverage analytics and look at populations and decide how chronic disease needs to be managed.”

Interesting that in a blog published by Andy Slavitt (Acting Administrator at CMS), he provided some lessons learned as well as statistics about transferring to ICD10 during 4Q15.  The data table in his blog article shows CMS reported that Medicare experienced the same number of claims submitted per month as well as a similar rejection rate for the first quarter that ICD10 was implemented (4Q15).  To read his article, see https://blog.cms.gov/2016/02/24/lessons-learned-reflections-on-cms-and-the-successful-implementation-of-icd-10/

All stakeholders learned much about the transition to ICD10 from ICD9 over the last 12 months.

Effective Pediatric Clinical Templates to Enhance the Productivity of Your Pediatric Practice
January 16, 2020